Do you want to know the full specifications and features of Google Pixel 2 and Google Pixel 2 XL? Here you can see the detailed guide and review of the smartphones. 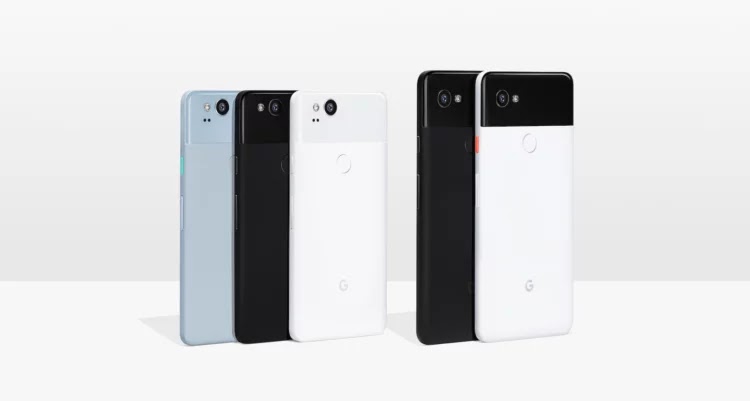 There has been a lot of leakage around Google’s latest news lately. The fact that everything was limited to renders may be the only difference. So the photographs themselves were not available. Today we have seen the success of last year’s Pixel models. Google has named – Pixel 2 and Pixel 2 XL.

Past models have had a lot to do with this, which is to some extent shown in the current news. You may notice a similar design of the back side – the layout of the main elements, the use of metal and glass, or the location of the lens. Among the common features are storage options. Versions with 64 or 128 GB are available.

What’s new is not what you need from a mobile phone to a headphone jack – where you can connect only via Bluetooth or via USB. , Google offers its first wireless headphones.

Google was expected to work on the camera, which is confirmed today. According to the Dx0Mark rating, both mobile phones score 98 points. Thanks to this, the new Pixels 2 can fit on the King of Cameras. Especially considering that iPhone 8 Plus or Galaxy Note 8 is up to 94 points.

Throughout Google’s official mobile phone, we can see that it was a reference device with pure Android. It’s Pixel that Google wants to offer extra features and attract potential customers. At this year’s news, it attracts four features or features.

It was speculated that Google could adopt the technology that HTC came up with. Since Pixel 2 is manufactured by this company, the road to the pressure-sensitive frame was simple. Both smartphones have this feature while pressing the handsets to get the assistant started.

Another major innovation is built-in Google Lens, which uses more advanced photo recognition technologies. You will then be able to get phone numbers, save poster dates, or learn more about captured objects.

Google may have heard user requests or followed up with current trends, and smartphones equipped with water resistance. Floating or submerging will no longer matter. Thanks to this specification, Pixels can compete with larger brands that have long been offering similar features.

Another new feature highlighted by Google is the fashion for the camera. Although both mobiles are equipped with one rear sensor, a special mode for self-shooting will be available, with a blurred background.

A similar feature is already available on Google’s official apps, but it has been needed to move the mobile to recognize what’s in the foreground and what’s in the background. New algorithms and artificial intelligence will help to do this and will take care of all the effects. This feature is also available for the front camera.

Google’s first-generation mobile is Pixel 2, which offers a standard design with a 5-inch screen.

The second smartphone no longer fits into the current trend of largest use of the front. There is a 6-inch P-OLED display with high resolution. Google says this model is best suited for gaming, video watching, and virtual reality. The Pixel 2 XL will be available with a 64 or 128 GB storage. There are two color configurations – black (Black) and black and white.