Do you want to find whether your branded smartphone is fake or not? Get the experts guidelines which helps you to distinguish fake mobile phone from the legit one! 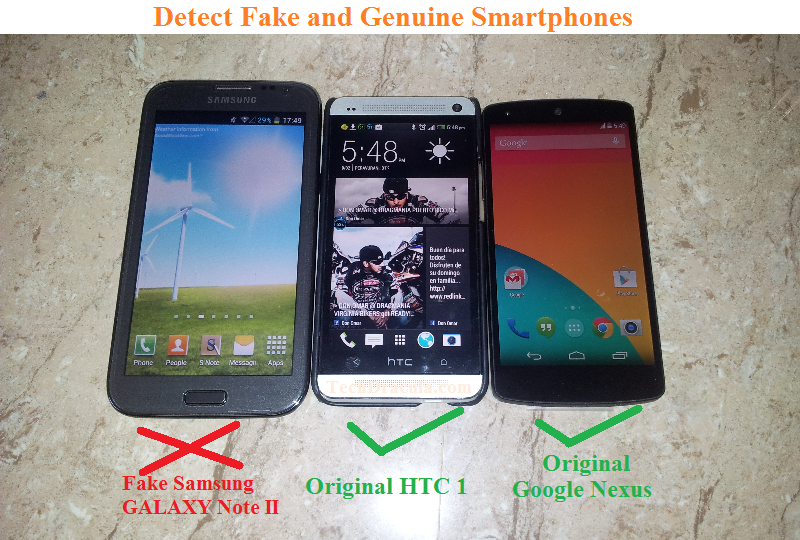 Today there are lot of mobile phone brands and there are also the cloned ones which mimics like the real but still there are a lot of difference which helps us to identify the black sheep. I’m one of the victim who had been cheated by the fake phone and so before investing the huge money by just judging the appearance of the smartphone, please read the article carefully to know about the phone exactly. I had recently bought a duplicate Samsung Galaxy Note 2 smartphone and I hope that I can save hundreds of others from buying the fake phones. With the following, you can find fake iPhone, Samsung, Sony, HTC & Nexus smartphones.

For many of us, buying a smartphone means not just a phone but our dream. So, its important to spend time on researching about the device which you likes to buy, analyze all the features of the mobile and compare it with your requirements. Last point, don’t forget to remember / consider the above rules before buying a new mobile phone.