Technologies which helps blind people to see this world

Who said blind humans will won’t see this world? They too can sense and feel the environment which we live. Here you can find the technologies which helps the blind people to see this world. Being blind is one of the most extreme disability. If I only left with an option to choose among visual, hearing, speech or physical disabilities, I will not select blindness as an option. There are many ways to make blind people to see and you can enlighten them about these ways which can help them. 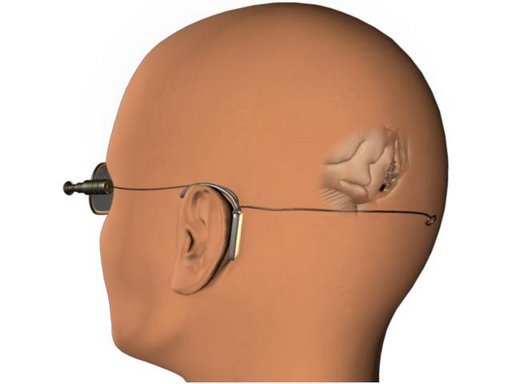 The argus II is a device which looks like the Google Glass but its working is different. A camera is attached to the frame of the glass and captures the motion. The captured data is sent simultaneously to the processor which is worn on the body of the person. The signal is then send from the processor to the retina of the person’s eye. On the next step, it process the images of things to the brain which the person sees. The main drawback of using this device is that it comes in a huge cost. A person needs to pay around $150,000 which makes it almost impossible for most. Additional charges will be added for the surgery and treatment. There are also some similar gadgets and technology in the same cost.

Everyone says humans are the highly evolved creator which is not so true. We may think that we have obtained the full eye slight but we actually didn’t. Some snakes have heat sensing receptors which works like an infrared camera, cats can able to see more clearly in dark and the raptors can see x8 times more clearly and more far than the humans. The animals that use echolocation are the dolphins, whales and bats. These are some of the mammals which are capable of detecting objects using echolocation. There are also many humans mastered the technique due to their disability or due to experiments. A blind human has more possibilities to learn the human echolocation than a normal human. In human echolocation, the individuals produce sound through their tongue which gets reflects back to their ears from the opposite objects. Each person will have some variance in using the technique and can sense objects more effectively according to the level of experience.

How to learn echolocation for free?

Human echolocation training: Human echolocation is learnable but there must be a good teacher to teach the method. “World Access for the Blind” is a non profit organisation which was founded by Daniel Kish, who was blind from the age of one. They call the echolocation method they teach as “FlashSonar”. Daniel has learned the method by himself and now teaching to thousands of others. The organisation runs by the donations. One of the drawback is that the organisation serves only in 30 countries and the persons who lives in Africa and Asia can’t be helped. Contact Daniel and other members of the organisation through their offical webpage – http://www.worldaccessfortheblind.org/node/64